6 indicted doctors in opioid case just got sued: They got ‘rich on pain’

As if things couldn’t get worse for six indicted pain doctors, 38 lawsuits were filed against the physicians on Wednesday, alleging they harmed patients by getting them hooked on pain pills and tranquilizers, forced them to undergo painful procedures if they wanted more, and “made themselves rich” off the misery of others.

In some cases, that misery involved nerve damage, which some patients suffered at the hands of doctors who ordered unnecessary nerve blocks and electrical pain-reducing procedures, the lawsuit alleges.

The lawsuits were filed in Macomb County Circuit Court on behalf of patients who were treated at the now-closed Pain Center USA and Interventional  Pain Center —  both located in Warren.  The FBI raided and closed down both clinics last year and successfully sought charges against six doctors who worked there.

They’re the same six doctors named in the lawsuits.

But while the plaintiffs in the lawsuits are seeking money, federal prosecutors are seeking to lock up the doctors for allegedly running what authorities have described as one of the largest health care scams in U.S. history. According to federal prosecutors, the doctors cheated Medicare and Medicaid out of nearly $500 million by illegally prescribing more than 13 million doses of prescription pain pills.

Now, the families of many patients who took those pills want to hold the doctors liable for allegedly harming their loved ones. The accused doctors are:

Attorneys for the doctors could not be reached for comment. All six  physicians have pleaded not guilty and are out on bond awaiting trial.

“Dr. Bothra and his colleagues made themselves rich on the pain of their patients and treated them with unnecessary procedures and highly addictive drugs with absolute disregard for their health and welfare,” said attorney Brian McKeen of  McKeen & Associates, which filed the lawsuits on behalf of the patients and their families.

“Our nation is in the throes of an opioid crisis. Regrettably there are a number of greedy and careless doctors such as these, (who) are largely responsible for this epidemic which has wreaked havoc in our families, communities and our nation,” McKeen said.

The case centers on Bothra, who made a name for himself during the 30 years he practiced in Warren as a physician, philanthropist and political insider.  According to India Today magazine, he was appointed co-chairman of the Asian-American Coalition for the U.S. presidential election in 1988.

Bothra was also awarded the fourth highest civilian award in India, known as the Padma Shri, in 1999 and is known for his work with the poor and sick in India and his efforts to increase awareness of HIV/AIDS and drug, tobacco and alcohol addiction.

But outside his philanthropic work, Dr. Bothra was a pill pusher who got rich cheating the government with the help of his doctor associates, according to a 37-page indictment.

“The damage that opioid distribution has done to our community and to the United States as a whole has been devastating,”  U.S. Attorney Matthew Schneider said when he announced the Bothra indictment last year. “Healthcare professionals who prey on patients who are addicted to opioids in order to line their pockets is particularly egregious.” 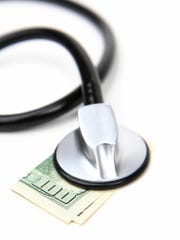 This post expires and will no longer be available at 1:13 pm on Wednesday, December 16th, 2020

Leave a reply Click here to cancel the reply

This site uses Akismet to reduce spam. Learn how your comment data is processed.